It's nothing personal. I'm just…

“It has been said that to write is to live forever. The man who said that is now dead.”

Heyo, it has been some time since I actually reviewed anything in particular. Anyway, I was just watching the latest episode of Bones on my laptop, & during this particular tender moment between the 2 leads the thought of writing about “Chemistry!” blazed through my ears into my brain. By chemistry, I mean that invisible but sizzling spark & connection (be it love or hate) between characters in any ways on the big screen or the idiot box that we just love to watch & tune into week by week, that unmistakable but inexplainable force that just seems to be ever present between 2 or more characters in a show (or any other similar presentation) that blows off light bulbs, sends tingling sensations down your spine, warms your heart to bits & at times, will “menaikkan your bulu roma”, sometimes becoming the only reason to watch the show. So, armed with plenty of time back at home during these holidays, here is a round-up of my favourites for on-screen chemistry from the top of my head, coming from whatever that I have watched & come across so far, in any random aspects & categories (not just romantically or sexually-lah). 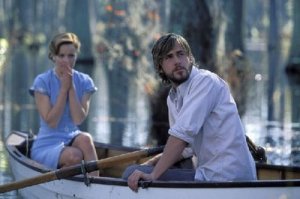 The 2nd couple that flew into mind (after the X-Files leads), Gosling & McAdams (who became real lovebirds later, then broke-up) brought Noah & Allie’s magnificent story to life in the most moving of ways. McAdams in particular gave Allie that extra burst of enigmatic energy & spunk, & together with Noah’s average-Joe-with-a-big-heart, became the leads of easily 1 of the most heartwarming, gushy, cheesy & beautiful romance story ever brought to the big screen. Tissues, please. 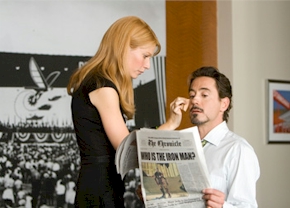 This was the only thing Iron Man had that was missing from all other superhero movies – serious sexual tension & chemistry between the hero & the female lead. Everyone knows how well Downey Jr. fitted into Stark’s shoes, & boy did Paltrow look mighty fine as Stark’s most trusted aide. Every scene having these 2 together gave me serious goose bumps, from Pepper welcoming Stark back at the air base, to the ever endearing “heart”-replacement scene.

Clooney has great charisma, Pitt is smooth all the way. They finish each other’s lines, know each other’s thoughts & moves, & their banters were extremely smart & witty. But what’s best is both did not try to hog all the glory; resulting in both being very slick leads without taking away the entire “Ocean’s” ensemble feel of the movie. Suffice to say these 2 are the coolest duo in the list. Man that laughing scene in Ocean’s Twelve still leaves me in stitches. 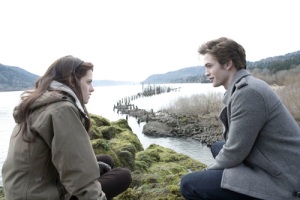 I probably added this because I just watched the movie recently, which was so-so & rather bland (but with some excruciatingly horrible special effects & camera work), but seriously I could not deny the burning blaze Bella & Edward had for each other. Nothing better but to pair an awkward quiet teen (played perfectly by the most expressionless actress ever, Kristen Stewart) & a very beautiful male “vegetarian” vampire (Pattinson was brilliant by the way) together for a little romancing, eh? 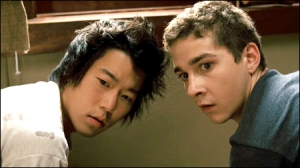 I do not know why these 2 dudes came to mind, but when I recalled why Disturbia was such an entertaining thriller, 1 of the main factors I reasoned out was the hilarious antics & friendship of Kale & Ronnie (what a great comedic turn from Yoo!). Pop in a hot chick in between & tadaaa~, the movie went on to become a surprise hit.

Damn was this Oscar-winning film a thriller. Clooney is excellent as a “fixer” & Swinton gave an intensely edgy performance as a desperate corporate attorney, & it was satisfyingly stunning to watch how Clooney verbally walloped Swinton’s ass in that final climatic scene. 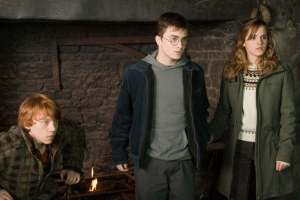 Say whatever you want about the Potter movies, it does not change the fact that the 3 leads have done an amazing job in bringing Harry, Ron & Hermione to life. We love to see them together, & we’ve seen them grow from kiddie cuties to mature blokes & a hottie (& a much more convincing & improving Radcliffe). Comparing especially to the irritating Narnia kids, this trio certainly are a joy to watch. 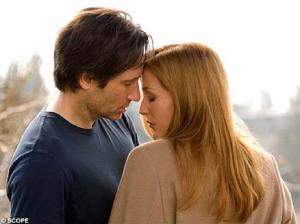 Do I even need to elaborate? We all knew this was going to be included in every “on-screen chemistry” list, & deservingly, Mulder & Scully is the mother of all couples in a TV series, ever & ever & ever & ever after, & a perfect example of a believer against a skeptic. Romantic or platonic? We all know, but I guess the truth is still out there. & yeah, seeing Mulder & Scully together again was the only positive thing out of the dull latest movie, The X-Files: I Want To Believe. 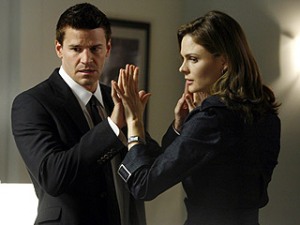 The best since Mulder-Scully & my favourite duo at the moment, this is another classic example of 2 clashing egos having a ridiculously strong sexual tension & electrifying chemistry. Deschanel is extremely convincing as the lonely & cynical anthropologist, & pairing her with the comedic & charming Booth made this otherwise-quite-generic crime series 1 of my most loved series. & the 2 certainly are getting more & more comfortable with each other…more please! Oh, the rest of the cast are not too bad either, especially the brilliant & quirky squints in Zack & Hodgins. 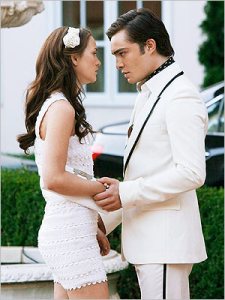 For many of the women (& men too), Chuck Bass is the only reason why Gossip Girl is worth watching. & really, could we ever get enough of the slick & manipulative games Blair & Chuck play, whether on others or on each other? We know they love each other, & the sexual attraction between them is scorching hot. Oh yes, we know we love them too. 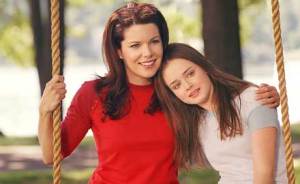 They are the perfect mother-daughter team, the mother the lively bubbly one & the daughter the more mature & often rational one. These 2 were inseparable, Bledel & Graham even looked dazzlingly alike! So what if this was a chick film, I’m still having a hard time getting over the anguish felt over the ending of this series. No more bullet-speed interchanges of dialogues, witty & sarcastic banter, no more Friday night dinners… 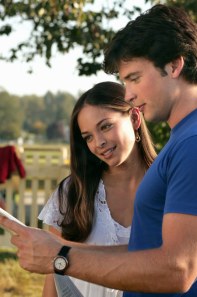 I’ve stopped regularly watching Smallville at Season 4 (despite a refreshing introduction of a voluptuous Erica Durance as Lois Lane). Frankly Smallville always had ridiculous plots, but who could resist the intense love & chemistry of Clark & the gorgeous Lana in the first few seasons? Disappointingly Lana has morphed into a horrible character in the later seasons, & though now Clark & Lois have some real spark going on, the glowing & unspoken love Clark & Lana had in Season 1 & 2 remained most memorable. 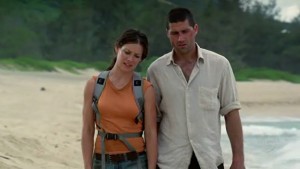 Though these 2 started off really well, this is another case of “will they bloody ever get together?”. It is however saddening to see Kate turning from the hottest criminal fugitive ever to a rather confused slut, but still, these two look really good together, & still sends sparks flying whenever they gaze into each other’s eyes. 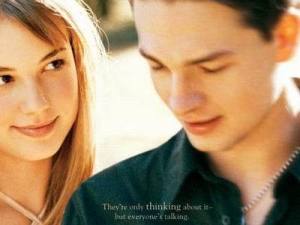 The intense drama between Ephram & his dad aside, we watched in agony as Ephram & Amy dwelled through all the ups & downs before finally ending up together in the season finale. The odd but beguilingly sweet connection that Ephram & Amy shared made this series even more poignant & beautiful than it already was. Everybody together now – aawwwwwww~. 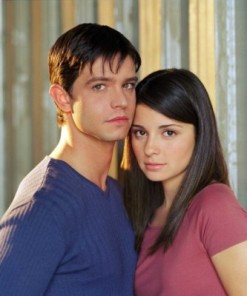 Liz Parker was by far 1 of the sweetest & most endearing female characters ever in any TV series back then, & Jason Behr put his expressionless & monotonous personality to full use to play a lovesick alien stranded on Earth. Don’t worry, despite the human-alien circumstances, there was a happy ending after all. 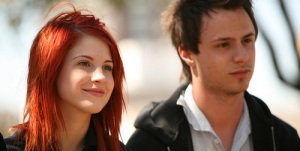 Okay okay I just slipped this in at the very end because I’m experiencing a Paramore-mania at the moment, but damn, this two write good music together, sound really good together, & if that’s not enough, they even look good together on stage leading the rest of the band! Josh’s quiet demeanor & silent focus on his guitars is really quite the perfect match to Hayley’s bursting energy & edgy personality. Definitely my favourite musical pair-up since the now-separated Avril Lavigne-Evan Taubenfeld & Amy Lee-Ben Moody. The fans love to see them get together too, check out the many fantasy-love sites about them online.

KV is listening to Paramore’s “Decode” from the Twilight soundtrack on iTunes.